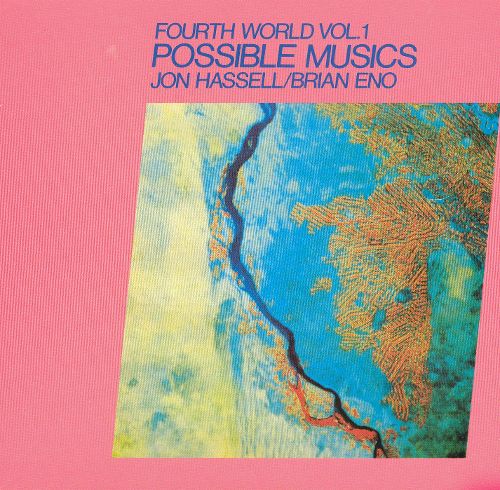 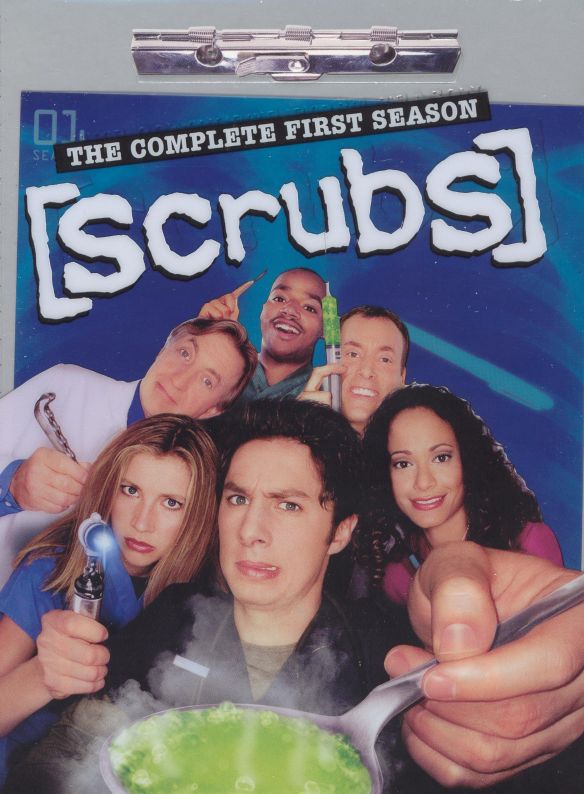 John Dorian (Zach Braff) and a handful of other novice doctors deal with the often bizarrely comic but sometimes tragic events of life in an American hospital in this collection of episodes from the television series Scrubs. Scrubs: Season One is a four-DVD set which features all 24 episodes from the show's 2001-2002 season. All episodes have been transferred to disc in the full-frame aspect ratio of 1.33:1, and the audio has been mastered in Dolby Digital Stereo. Bonus materials include episode commentary tracks featuring members of the cast and series creator, Bill Lawrence; profiles of the players; outtakes and deleted scenes; an interview with leading man Zach Braff; a look at the making of the show; a music video for Lazlo Bane's song "Superman" (the theme song for the series); and more.

The Country Bears comes to DVD with a standard full-frame transfer. English and French soundtracks are rendered in Dolby Digital 5.1. There are no subtitles, but the English soundtrack is closed-captioned. Supplemental materials include a commentary track recorded by director Peter Hastings and the characters Ted and Zeb, a music video, karaoke capabilities, a television special featuring the Bears, and a mockumentary about them as well. This is a fine family friendly release from Disney/Buena Vista. 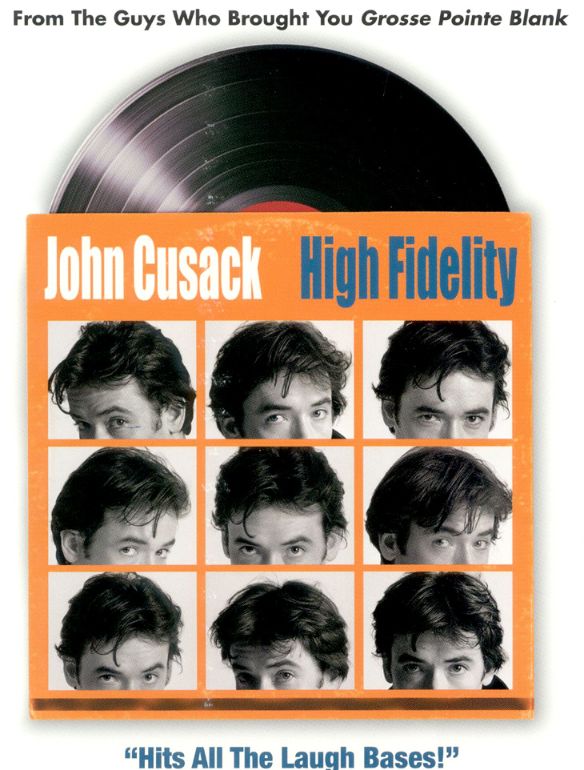 Considering that High Fidelity is largely about a guy talking to the camera, it doesn't seem like the kind of film that needs a DVD version. That is, until you see it. The clutter and disarray of Rob's bohemian world jumps from the letterbox screen in sharp detail, making it possible to read most of the stickers and posters that cover nearly every inch of wall and counter space. High Fidelity is also all about the omnipresent music, which has been beautifully rendered in Dolby Digital. Since the music and the dialogue are often coming through separate channels (especially in the record store scenes), one can appreciate the former without straining to hear the latter. In terms of bonus features, there are nine deleted scenes - some good, some bad, most cut for pacing reasons. One of these is an uncredited cameo by Beverly D'Angelo in a scene based on an old gag with a new twist. There are also five short clips of interviews with Stephen Frears and John Cusack, who discusses the film as its co-writer and co-producer rather than as its star. Closed-captioning, Spanish subtitles, and a theatrical trailer complete the extras. This DVD won't blow anybody away, but it's definitely worthwhile for fans of the movie and its music. 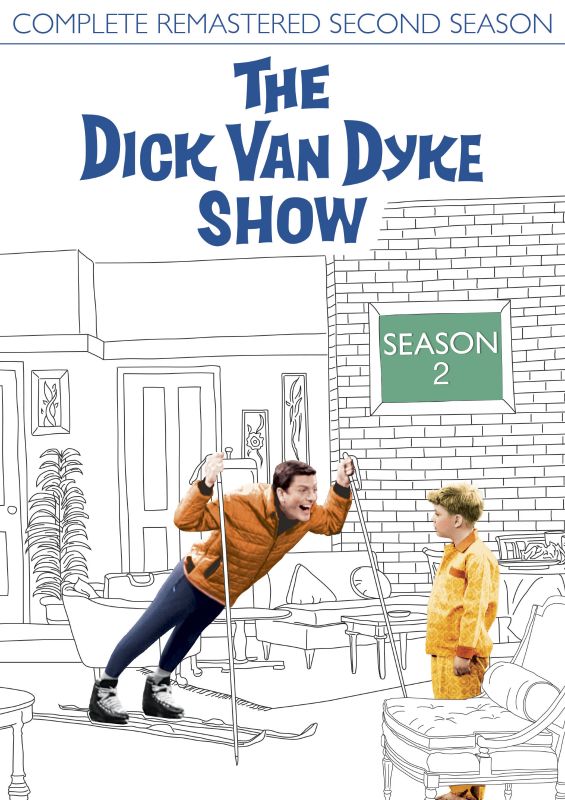 The best thing that ever happened to The Dick Van Dyke Show was The Beverly Hillbillies. After languishing in a low-rated Tuesday night slot throughout its first season, Dick Van Dyke was moved to Wednesday during season two - with Hillbillies, CBS' number one attraction, as its lead-in. Though ratings did not immediately skyrocket, "word of mouth" helped to build a large and loyal audience for Dick Van Dyke - and by the time its second season had ended, the series had climbed to the number nine berth in the overall ratings. In many ways, the most exciting aspect of the series' first season had been the matriculation of co-star Mary Tyler Moore from just another pretty ingénue to gifted comic actress in the role of Laura Petrie, the wife of TV comedy writer Rob Petrie (Dick Van Dyke). By the time season two rolls around, Moore is as poised and confident as any of her more experienced co-stars, who in addition to Dick Van Dyke include Rose Marie as Sally Rogers, Morey Amsterdam as Buddy Sorrell, and Richard Deacon as Mel Cooley. The Dick Van Dyke Show's second season is an embarrassment of riches, yielding some of the series' all-time best episodes. Among these are "Never Name a Duck," in which Rob and Laura Petrie can't convince their son, Ritchie (Larry Mathews), to give up his ever-growing pet duck, Stanley; "My Husband is Not a Drunk," a tour de force for Dick Van Dyke as he deftly switches from cold sobriety to falling-down inebriation and back again as the result of a post-hypnotic suggestion; "What's in a Middle Name," wherein Ritchie is given a long, convoluted, but ultimately logical explanation as to why his middle name is "Rosebud"; "It May Look Like a Walnut," an outrageous Twilight Zone-esque affair capped with a guest appearance by the series' executive producer, Danny Thomas; "Give Me Your Walls," featuring the inimitable Vito Scotti as an extremely eccentric house painter; "I'm No Henry Walden," in which series creator Carl Reiner cameos as a pretentious poet named Yale Summers; and "When a Bowling Pin Talks, Listen," the story of how an innocent suggestion from Ritchie nearly results in a major lawsuit for "The Alan Brady Show." Best of all is "The Sam Pomerantz Scandals," a showcase for the musical talents of the principal players, topped by a classic Laurel and Hardy imitation with Dick Van Dyke as Stan and Henry Calvin as Ollie. Nominated for Emmy Awards in four categories during its second season, The Dick Van Dyke Show copped an "outstanding directing" statuette for John Rich.

While the Collins Kids - sister Lorrie Collins sang with a mixture of sweetness and fire, as her kid brother Larry Collins picked tough guitar while bounding about the stage as if he'd just downed ten cappuccinos - never broke into mainstream stardom, they've been the stuff of legend to rockabilly collectors for years, and as such, the folks at the superb German reissue label Bear Family Records have issued their second DVD collection of Collins Kids performances from Los Angeles' leading television showcase for country & western music, Town Hall Party. The 25 performances on The Collins Kids: At Town Hall Party, Vol. 2 have been transferred to disc from recently discovered kinescope films of the show; the quality of the source material varies quite a bit, but the transfer to disc can't be faulted, as the images have been matted in the original full-frame ratio with a healthy bit rate, and the audio is mastered in robust and uncompressed PCM mono. No subtitles or multiple language options are included. The disc is nicely packaged, with a lovely digipak-style cover and a booklet featuring a number of rare color photos and an essay from author and musician Deke Dickerson; there's also a bonus performance of nine-year-old Larry jamming with guitar legend Joe Maphis on "Mutt and Jeff Boogie." With several songs repeated on this disc from various performances, this might be a bit more Collins Kids than the average fan might want, but Bear Family have always been willing to go the extra mile for the serious converts, and they haven't let their reputation down with this disc.